Your handy guide on how to be proper R.O.B.O.T. and that.

Firstly, some inspiring lyrics from our sponsors, Goldie Lookin’ Chain:

Binatone Spectrum, Pacman, Commodore
ZX-81, donkey kong, fucking high score
Push it to the limit, couldn't push it any more
Wanna be a fucking robot after smoking loads of draw

Bought a speak and spell, stuck it to my chest
And wraps some fucking TIN FOIL to my head and to my vest
Walking down the street, my next door neighbours not impressed
I'm a robot and buying ten fags is my quest
Eggsie's gone too far, he thinks he's robocop
He's covered in tinfoil and he's got matching metal socks
We tried to sedate him but he fucking escaped
The man robot myth starts to escalate

He tries to sell himself standing in curries
But if the police turn up, he runs in a fucking hurry
He tries to plug himself in the mains with his nob
And when he's fully recharged he goes out on the rob

Being a robot in my digital domain
Enter my world, feel my pain
I'm not like other people you might see or you might know
I made love to a BBC micro
Touching on the disk drive, the monitor got hot
I knew from then, I was a motherfucking robot
Bill Gates from Microsoft, Stephen Hawking's voice
And fucking Lara Croft

I built a lab, secret in my loft
And built a special costume that would help me to jack off
I sat there in front of the screen
For many years, this had been my wet dream
Now I've reached it, I'm finally there
Like terminator being filmed in Aberdare
So alone, when people stop and stare
Like C3PO but with pubes and hair

Sucking off antennas and trying to fuck the fridge
And burnt his pubic wig, with the high voltage

I am a robot
My prime directive is to's go to's the shops
And buy's ten fags
Do's you's compute?

He wants to buy ten fags, his destination is the shops
A tinfoil suit and a hat like Robocop
If your ask him then he'll do a bodypop
Like terminator, yeah he just won't stop 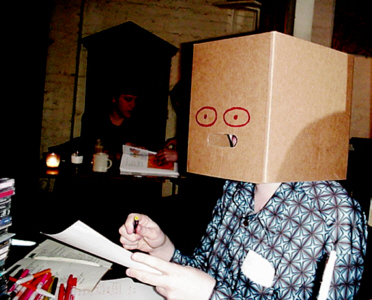 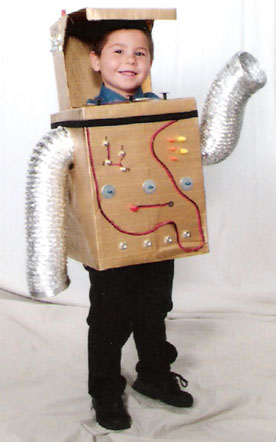 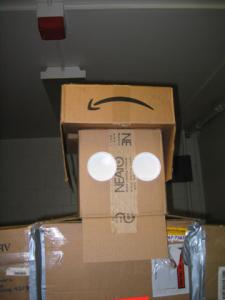 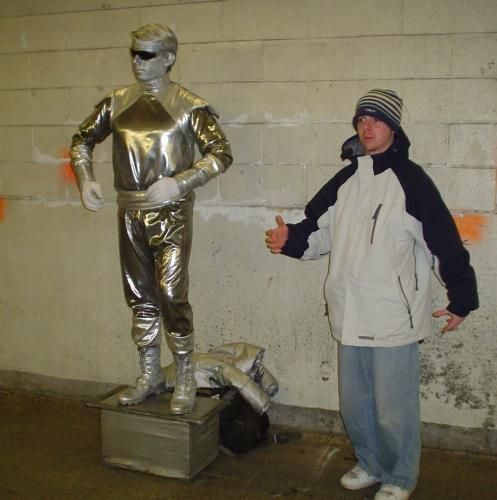 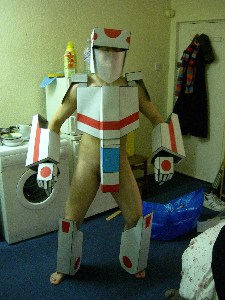 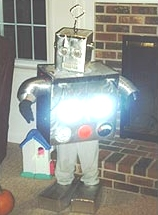 Next – a reminder not to aim too high. It’s all about the comedy. 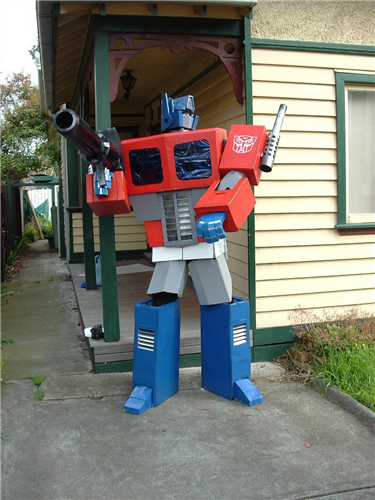 And finally - if this man doesn’t inspire you, nothing ever will. Final
The Hero bt The Heatseeker