The Horseshoe, Clerkenwell - 14 Aug 2010
Dress: Druids
The Bermuda Classic will this year be held on Saturday the 14 of August. Venue TBC, but likely to be the same pub as LARD X (www.horseshoe-clerkenwell.co.uk), where they will hopefully agree to me assembling an outdoor darts arena in their pub garden. As you can see from the rankings (www.lardydarts.com/rankings.aspx), The Rage is still Top of the Pops, with newbie Luke 'Rent-a-gob' Roberts close behind. Rumours that Tarqs has been attending a secret high-altitude training camp in Spain for the past month are as yet to be confirmed, but he's sure to want to maintain his technically accurate, but increasingly less impressive 'unbeaten outdoors since 2004' claim... The fancy dress theme will be 'Druids'. Please let me know if you are able to attend. Yours in tungsten brotherhood, John 'Getafix' Hartley

The start of JuJu 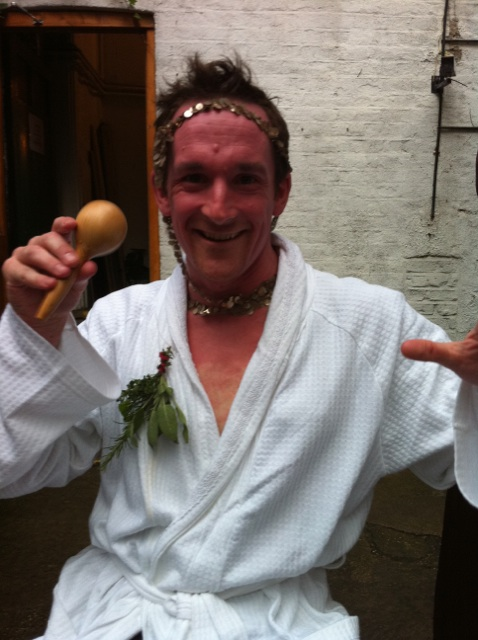 Final
The Duke bt The Rage

Plate Final
The Hero bt Be My Valentine