Many thanks to all the players who made it to the BERMUDA CLASSIC 2016.

Big shout especially to Jono, who drove down to attend three hours early, clearly did his prep on the outfit (see below), lost every game he played, but very kindly (eventually) allowed his Toyota Aygo to be used as a mobile disco / lighting system. Top effort!

Congratulations to James 'Frankendart' Hewitt, who made a barnstorming return to the shores of Blighty to sweep all before him - winning the fabled Bermudan Dart Fish trophy (which I forgot to bring along with me...) and losing only one leg of darts in the process - and all this whilst playing the latter stages of the competition in near total darkness (save for the Aygo's headlights):

Congratulations also to Dan 'Candle In The Wind' Rigby, who 'broke his duck' and won his first ever leg!

Tarqs has very kindly updated LardyDarts.com with all the stats from the competition, including a number of photos that really showcase the spectacular backdrop to the tournament: http://lardydarts.com/competition.aspx?id=49

Finally, I leave you with this image, which would almost make me willing to risk a press injunction myself. COO-EY!

See you at the Dulwich Area Masters!


The Heatseeker Gets The Most Rendered and Wins The Jocky Award

Chunder in House of Tippler - serves them right! 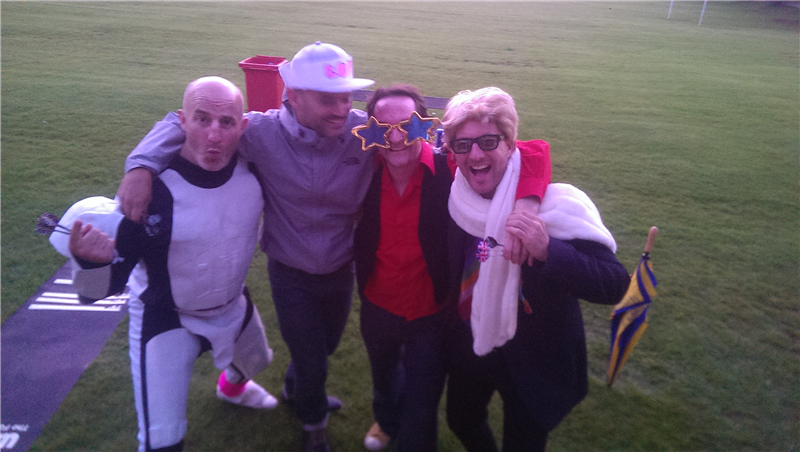 Group Round 1 - Elton
Frankendart
The Hero
The Glutton