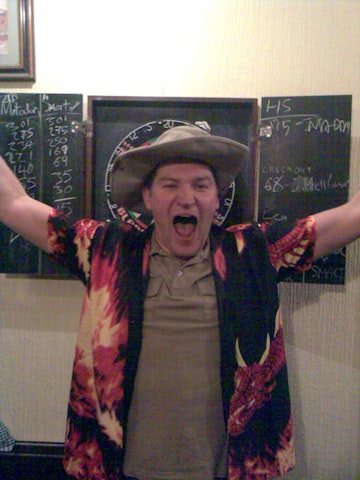 Legend has it that the Matador is himself half bull. In fact many have been heard to remark that he is entirely full of bull. His bovine ancestry aside he has eased into the Matador moniker following the unlikely checkout path from 150 with a bully, bully, bull in successive darts. A relocation to New York City explains his drop in rankings proving the adage "you have to be in it to win it". The world of Lard waits with baited breath for the return of the cape teasing master of the centre rings.