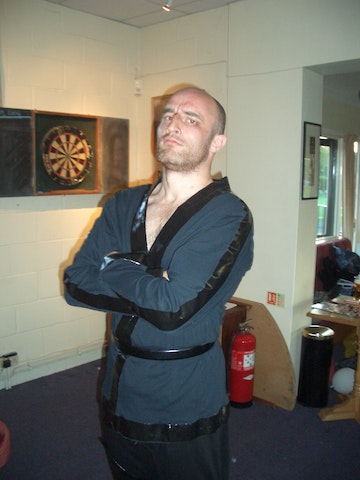 Formerly known as “The Colin Montgomery of Darts”, having for a long time been the greatest player never to win a major, John expunged this moniker when, against the odds, he blazed a trail to win Lard 2009. He has since been known as “The Ian Woosnam of Darts”, but is aiming one day to become “The Tiger Woods of Darts”. Just don’t tell The Wife. Widely acknowledged as the most intelligent, handsome and witty member of the Trident, The Heatseeker is also the host of the world’s foremost outdoors darts competition, The Bermuda Classic. The Bermuda Classic has unfortunately only been held infrequently in recent years, due mainly to the fact that The Heatseeker has been secretly serving in Iraq and Afghanistan as part of the SDS (Special Darts Service) in a bid to win the war on terror. His watchword is, as ever, the SDS’ motto: He Who Darts, Wins.