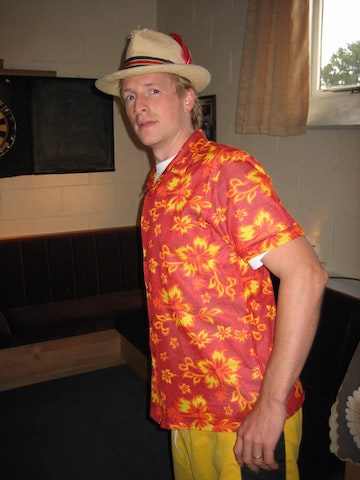 Having moved back to his native Somerset 4 years ago this extraordinarily average player returns for Lard X 2010 to claim back his coveted 15th position in the rankings. Not content to sit around and mope about his untimely fall through the rankings he co-devised the TWAT rebel tournament (in the west country) with other Madhouse favourite - James ‘Twat Master’ Brooking. This feeble attempt to secure some valuable ranking points, recognition and pride has somewhat backfired with early exits for both players in all 3 tournaments due to stress on the Oche and the unending shots of the Captain’s finest.