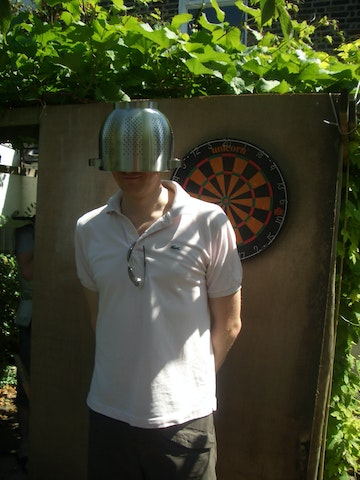 Matty is the tallest man ever to play darts - fact! The rules of darts state that any man must be less than 6ft 3in otherwise he is deemed at an unfair advantage and must play with a colander on his head. This hasn't stopped him winning 3 ranking tournaments and is a regualr feature in the later rounds. Now residing in Hong Kong he terrorises the locals who believe him to be a ashen faced philandering giant with a heavy case of 'Yellow Fever'.