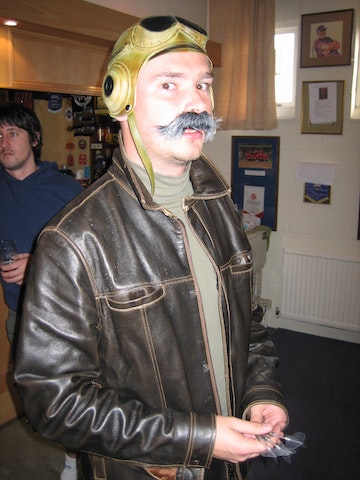 One prong of the infamous Trident, ‘The Hero’ began life as ‘One Dart’. Unable to sustain the level of play to warrant such a super-k ‘One Dart’ became ‘The Hero’ and a run of 3 championships in 3 years propelled him to number one status. This is all a long way from the child who learnt the beautiful game throwing arrows at pictures of his 'anti-hero' Ian Rush. These days "The Hero" runs the Dulwich Area Masters and has plans to run for President of a combined PDC/BDO under the banner of 'BBC' - Birds, Beers and Chomps - http://www.griffinpark.org/forums/showthread.php?p=308701